There is a tree near here which sheds its apples in December. They drop to the ground, beautiful, free, a bounty for anyone passing. But it seems that the only people who know this spot use it to dump rubbish, and so the apples fall on old junk. 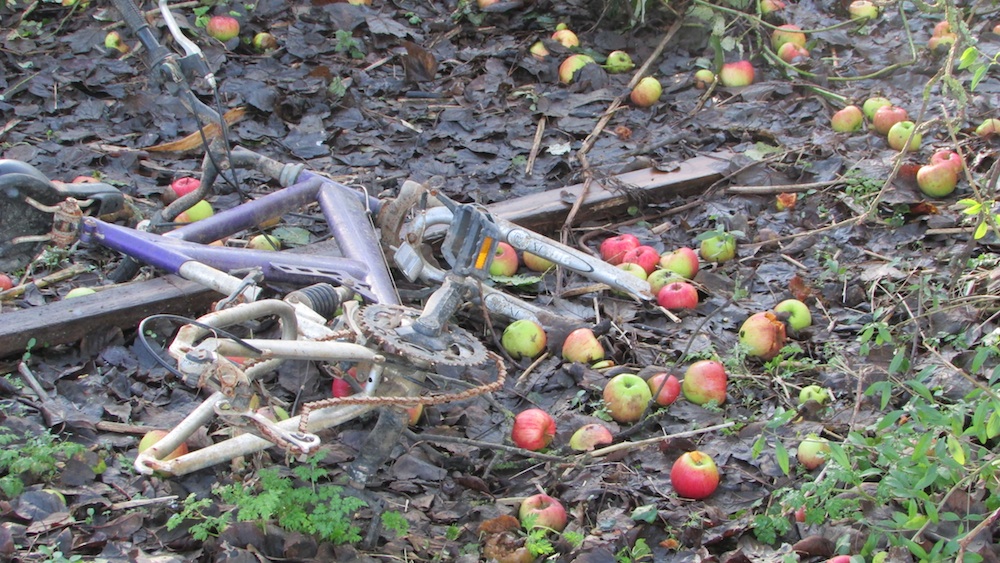 Waste-tipping desacralises the ground. It’s not that some places are holy and others are not; although some may be holier than most, all ground is sacred, a part of the cycle from the Earth to the Divine and from the Divine to the Earth (a cycle depicted in Botticelli’s Primavera).


It’s worth noting that the scene called Primavera takes place in an orchard at dawn – not any orchard but that of the Hesperides where the golden apples grew.
Desecration – desacralisation – making what is holy ugly and mundane. At this time of year, it’s good to declutter, but perhaps we should look beyond our own wardrobes to see what litter we can pick up because, in every such action, we are making the sacred ground holy again.
Tags: Botticelli, descralisation, Hesperides, Late apples, Primavera, re-sacralisation, waste tipping

The Year of Heavenly Harmony