OK, we have May Day every year, but there’s something special about this one: a crescendo of cosmic events beginning with the supermoon back in March and ending this morning in an explosion of hawthorn and silliness. In Oxford we celebrate May Day on the first of the month, irrespective of official bank holidays, but this year (as last), it falls on a weekend and, most unusually, the weather is fine.

While students risk life and definitely limb flinging themselves off Magdalen Bridge into the shallow Cherwell, and the centre of Oxford heaves with thousands of people who have either been up all night or at least since before dawn, their tutors gather at the Anchor inn opposite Aristotle Lane.

At 6am, the Wolvercote bull appears over the bridge, ridden by the May Queen. Roll over Duchess of Cambridge. And when it comes to hats, who needs Philip Treacy when you have your own back garden?

We had two Morris troupes this morning. Headington Quarry – staid, elderly and very dull – and Eynsham. Eynsham Morris rocks! Three squeeze boxes, two drums and a tambourine, and a troupe including four lads, they took us back beyond Cecil Sharpe to some genuinely boisterous peasant dancing.

The pub was open but instead of bacon butties there was kedgeree, smoked salmon and other high-priced stuff which we decided against. By 7am the air was inflammable with the fumes of beer and we left them all to it to come back home to our breakfast of choice.

Is life going to seem a little dull from now on? As we left the pub, I paused to look at the bunting and flags and the tables crowded with happy people. It’s been quite a party. If anyone wants to know what it takes to cheer up the Brits, it’s three day weeks and lots of sunshine. And a bit of pageantry helps. 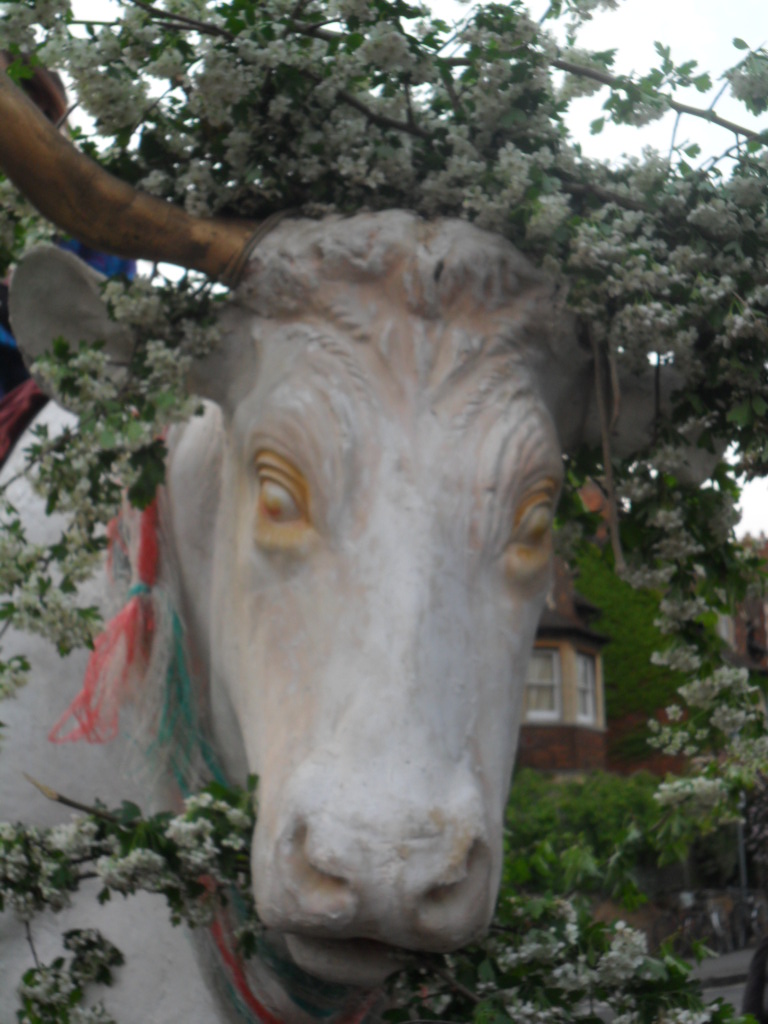 Text layout and how not to do it