The man from British Gas, who’d come to sell us a new boiler, looked up at the kitchen window. ‘Spiders,’ he said, noticing the couple we are hosting outside the kitchen. ‘Always means autumn, doesn’t it?’ I’d been thinking that very thing: if there are spiders it’s September. 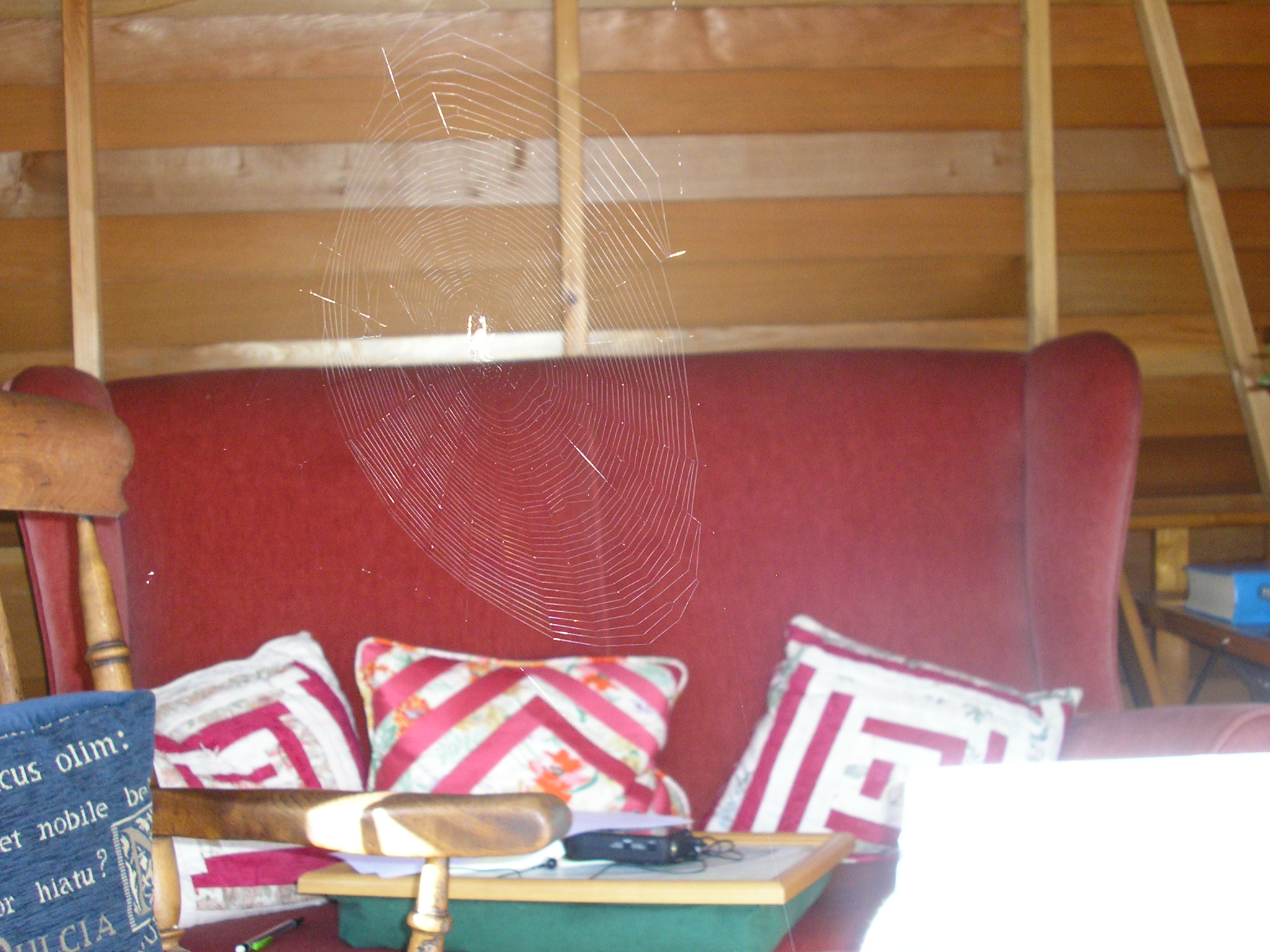 When I went back to my scriptorium after having been sold a boiler, I found someone had been busy in my absence. (Spot the web – must get better camera).
Each month and season has its image – something which tells us exactly where we are in the year. It’s good to incorporate these in our writing.
EXERCISE
Write a short descriptive piece which doesn’t tell us when it is, but shows it.
One of the best historical novels ever is The Man on the Donkey by HFM Prescott. She was an Oxford academic and principal of St Hilda’s College, but you wouldn’t know it from the book. The research is immaculate, yes, but the story is passionate, not romantic, passionate. It’s about the Pilgrimage of Grace, is set in a village in the north of England, and I’d bet you my bottom dollar that she spent at least one year in that place. For the novel is a weather diary. The weather becomes a major character in the book, so accurately and descriptively is it charted. It’s weather as weather is, unpredictable and strange. In real life, for example, we’re as likely to get hail storms in July as the cliched heatwave.
EXERCISE
Keep a weather diary for one year. Write something every day to describe how it is. Days such as today are the real tester. On September 10th, 2010, it is dreary. Is that good enough? No! Grey? No! Rough, matt, unpolished.. getting there.
Go out with your camera at least once a month and take pictures of the month. If you file them under the name of the month, it’s quite illuminating to see what you were taking the previous year. 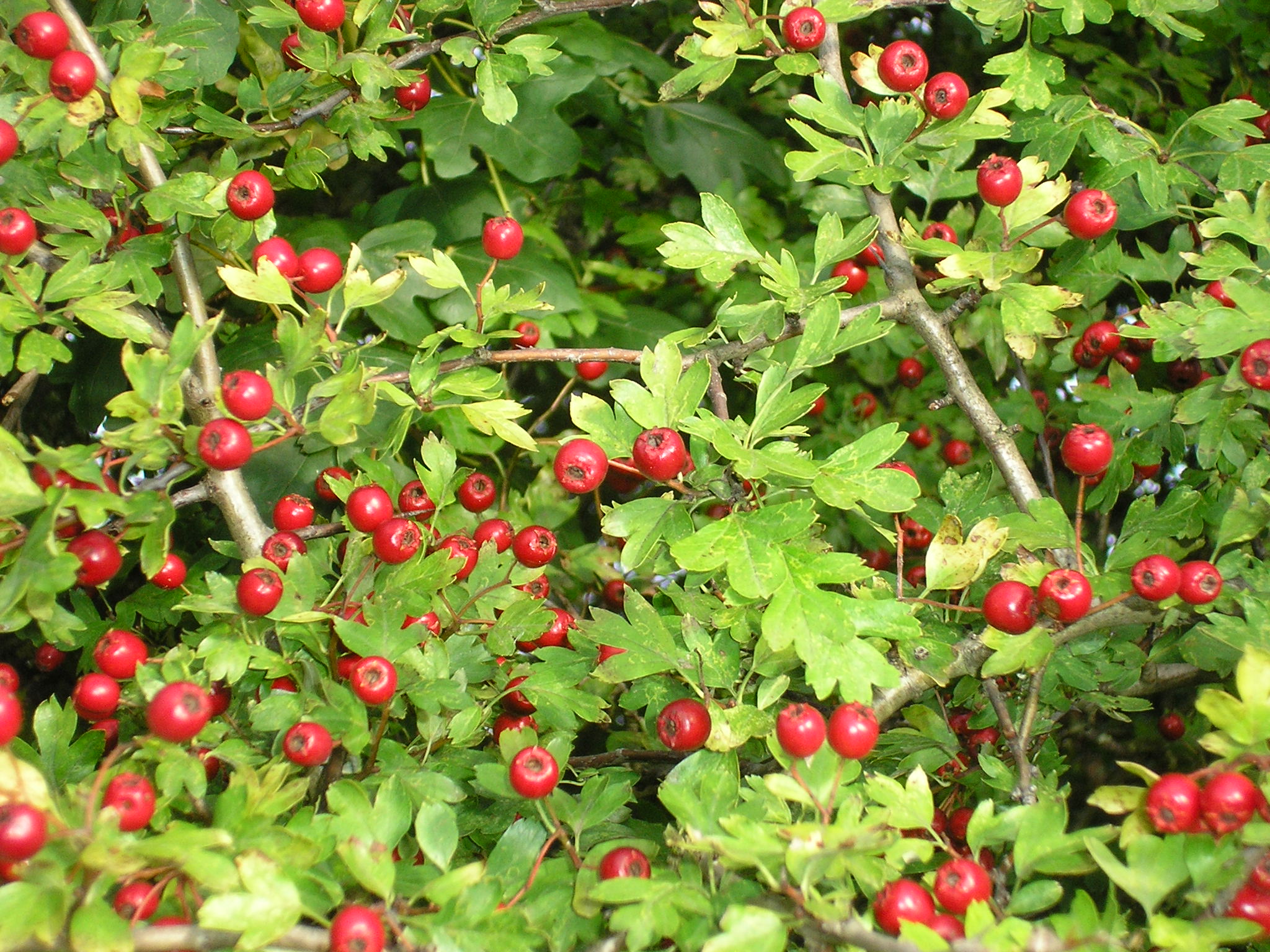 I was wondering while looking at the hawthorns if they get their name from ‘haw’ for berries. No – ‘haw’ is old Germanic for hedge.
Back in April, a friend asked me to prove to her it was spring (it was cold if you remember) and I took pictures of hawthorn in leaf. Now, hawthorn to hawthorn, the summer is past.
QUESTION
Why do spiders only become visible in September? 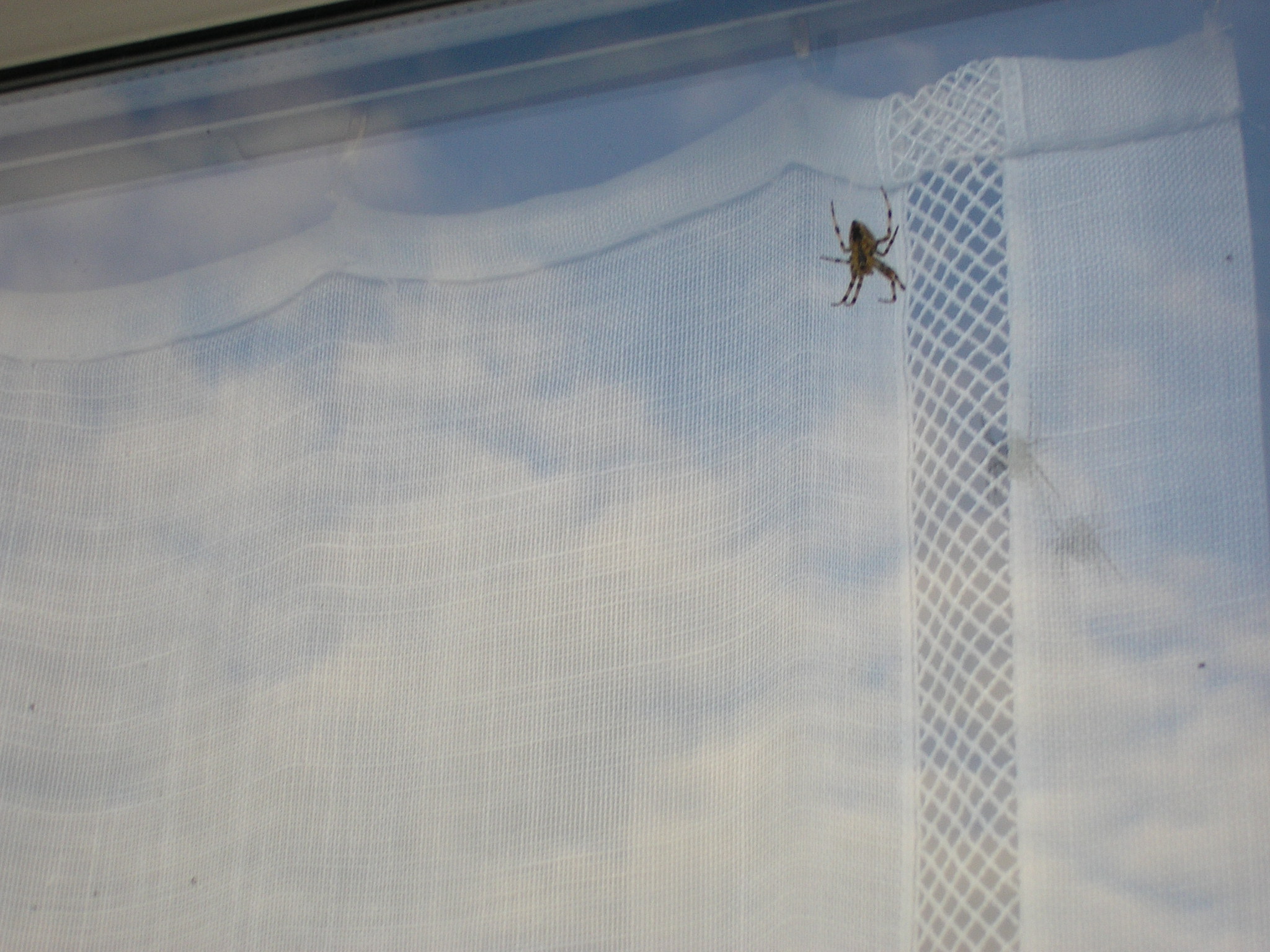