The local swans first came to our attention when they took possession of the seasonal pond opposite our house. We called them the Webbs, thought they were cute and treated them like living wallpaper to our lives, which is to say, we barely noticed them.

The ‘secret’ lake, of whose existence we were oblivious until about three weeks after we moved here, was cleared of its Sleeping Beauty brambles and opened in 2014. Clearly this was where the swans had permanent abode. They were often on the ponds and ditches of the common, but most often here. In October of that year, one of them paid a visit to our back garden. Adult but whether male or female I didn’t know (now I do – it’s the cob, the male). We guided it back to the lakes, but a couple of days later it returned. Our garden is tiny. As a landing strip, it’s just about long enough for a pigeon to flutter in and out. But here was our swan again, and once again we conducted it to the lake. 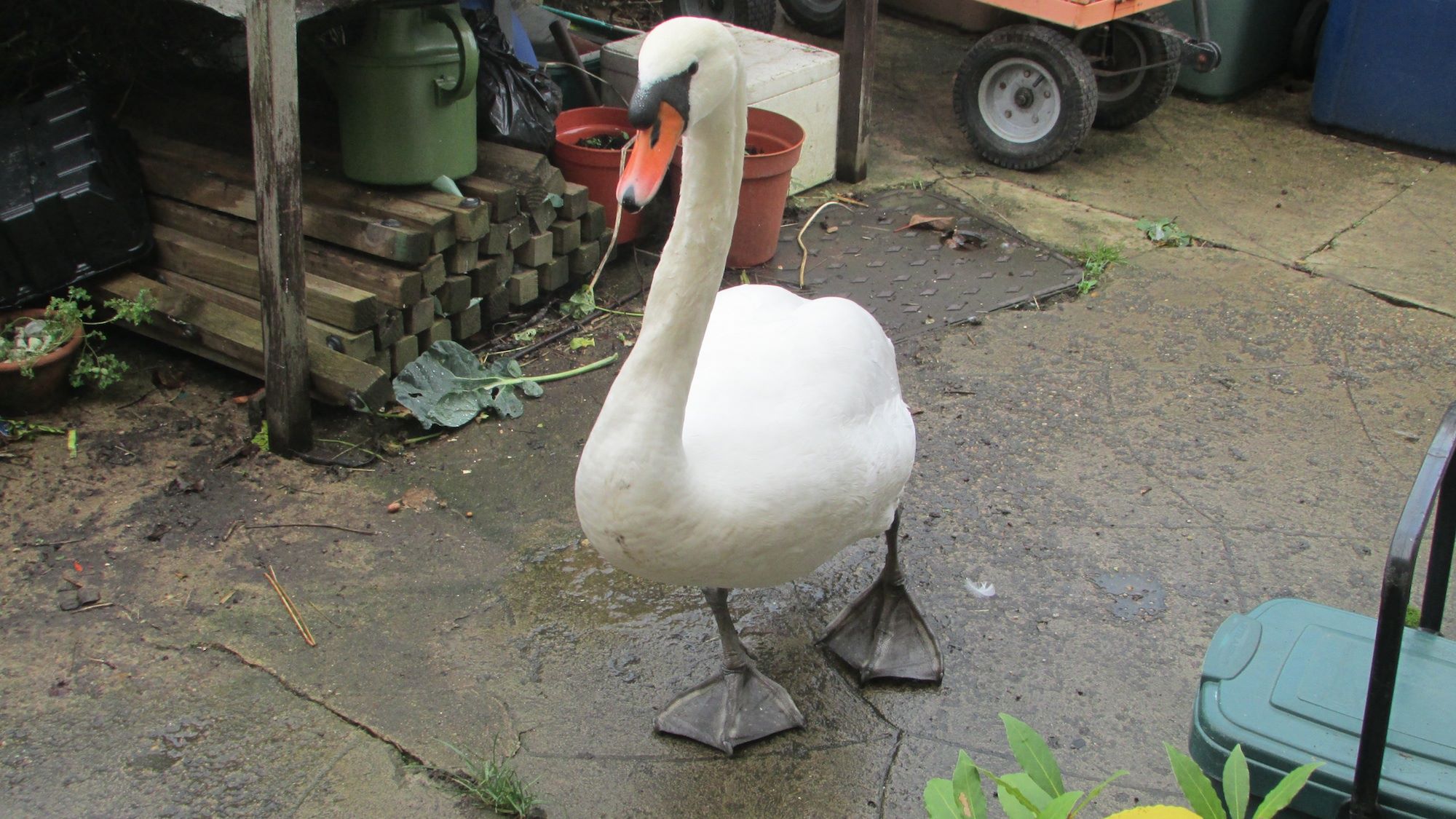 A friend reminded me that the god Apollo can take the form of the swan (so can Sarasvati, I learned later). From that moment I began to honour the sacred in the bird, and to acknowledge that I know nothing of its life cycle. Books I read didn’t tell me what I wanted to know so I decided to watch them for a year, bought a large sack of proper swan and wild duck food and began to visit the lake more often. In May 2016 I was greeted by the proud parents of a new brood apparently bringing the children to meet me. 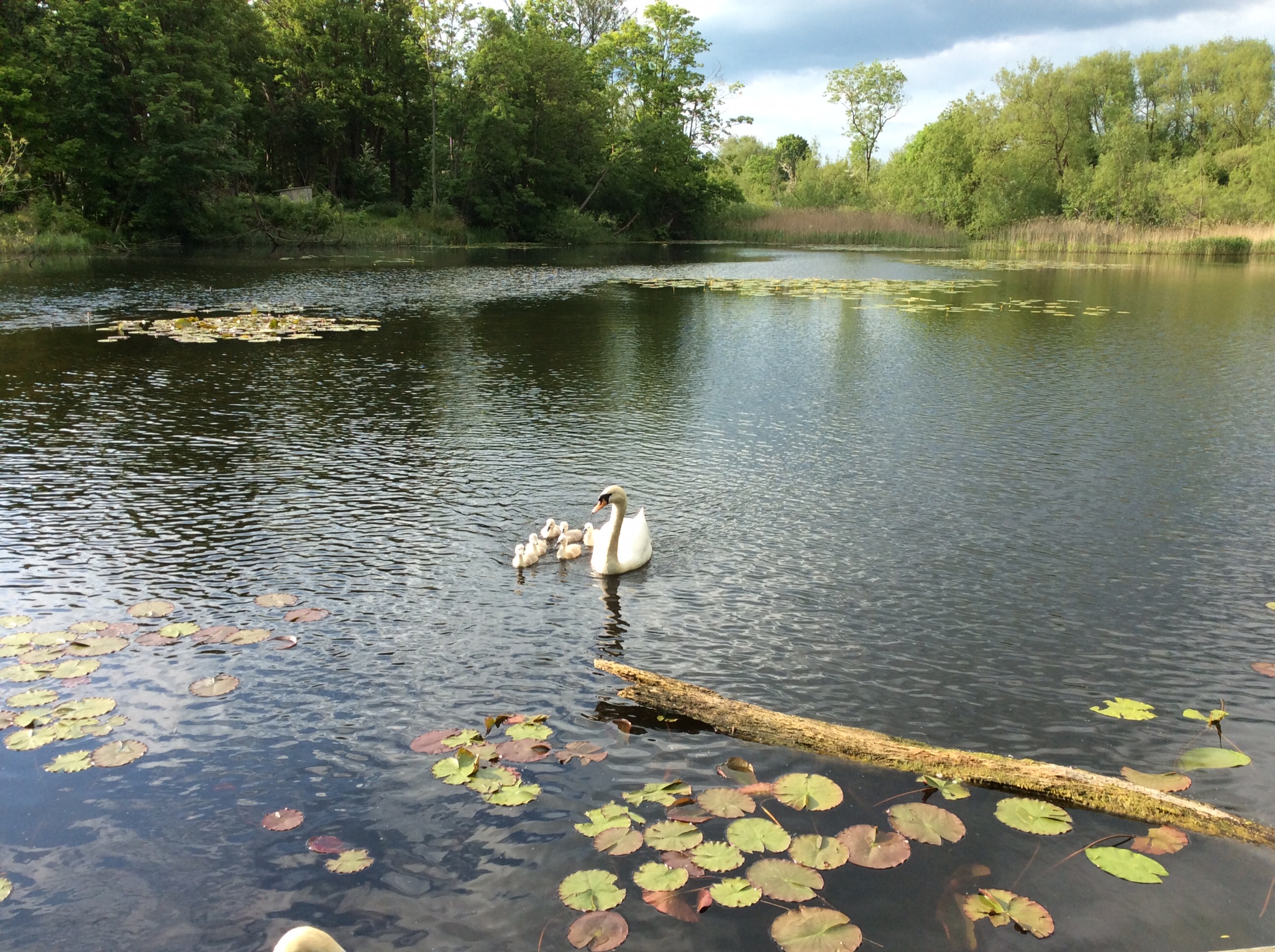 I took to visiting the lake every day. There were six cygnets. One by one they disappeared until three remained to grow to the next stage, which is called ‘bluebill’: a young adult with some brown feathers amongst the white and a bill yet to turn that lovely ochre colour of the full-grown adult. Why did they disappear? The usual culprit is the pike. Some villagers say that they have seen a cygnet suddenly pulled under water. Stuff happens…

Over the year, especially at bank holidays, boys go a-fishing from the jetties. Now I do not wish to kick up a fuss about this, because I want to see the young out in nature, but then the worst thing happened. On New Year’s Day the cob got caught in a line. Swan Support sent someone up from Slough and she took a six-pronged lure out of the cob’s foot. 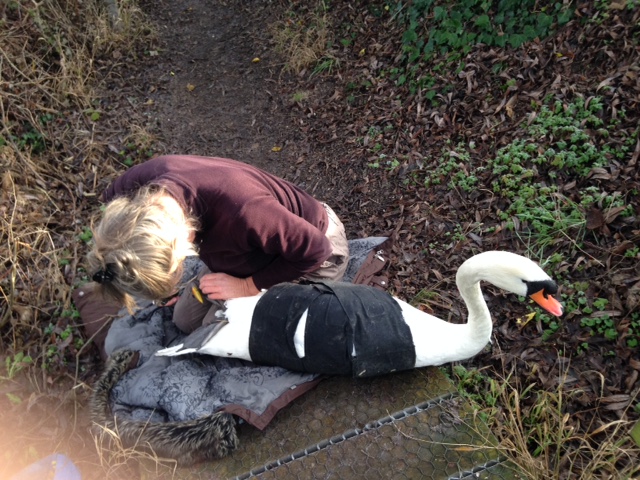 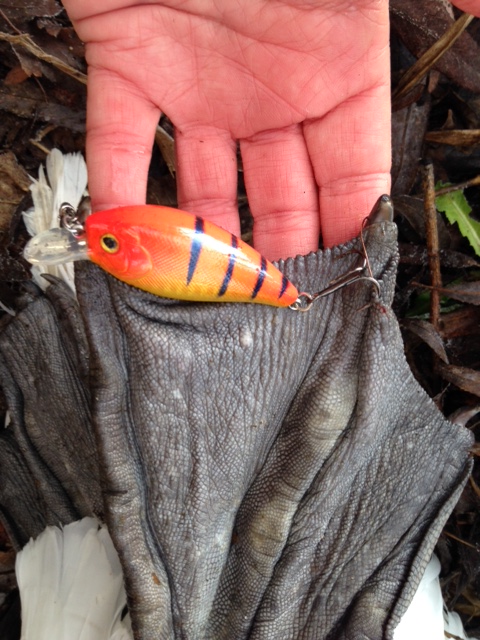 By now I was passionately involved. Throughout the winter I continued my daily visits and the swans (and gulls and ducks and, sometimes, the odd coot) would come to my call. The family was now down to five (three cygnets grown to ‘bluebills’) and I used to chat to them like an idiot as they nibbled the water with a smacking sound. Around early spring, I began to wonder if I should stop feeding, because surely it was coming up to the time for the young to depart? I didn’t want to make it harder for them. 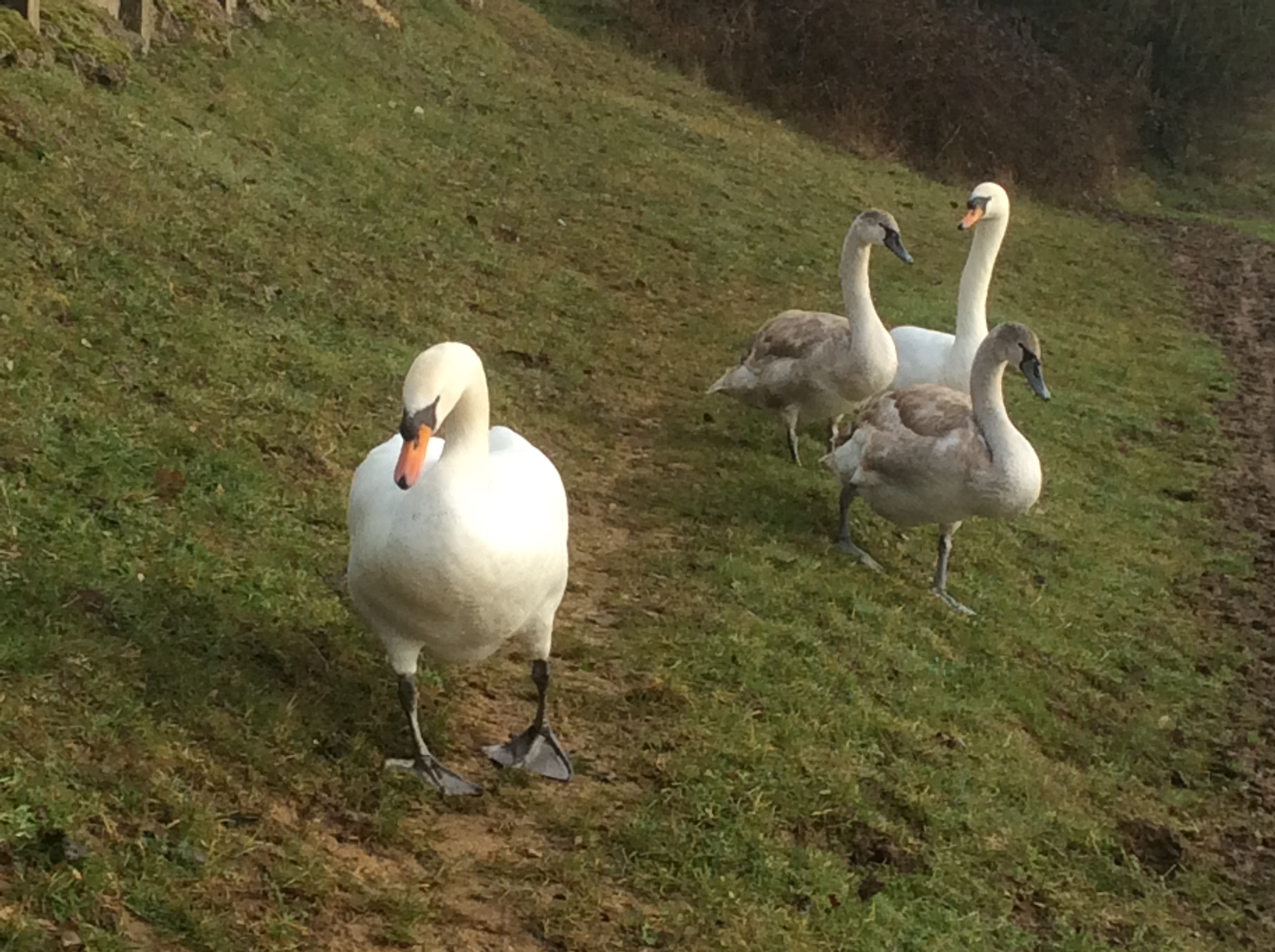 In the picture above, Dad is still protective of the young and is coming to see me off.

Ignorance is a wonderful thing, makes cuddly pillows of all the gaps in knowledge. Time to depart! What did I expect? The three kids saying, ‘Hey, Mum, hey, Dad, hope you don’t mind but we’re thinking of leaving home…?’ The reality: the cob turning suddenly from protective father to force of repulsion, busking, beating wings, flapping in the face of the male bluebill. OK, I’m anthropomorphising (is that the word?), but I saw that young swan suffering as it cowered on its own further along the bank. I did keep feeding them and sometimes he would join the group, but not for the food. He just wanted to be with the family… Then dad realised he was back and the great show of aggression began again. The two girls seemed immune but they were not.

This is a long story. I’ll cut it short. I found the young cob dead in the water on Good Friday. Easter Sunday the body was still there, so no resurrection for him. A couple of days later, I saw a single swan flying over the village and understood it to be one of the girls. The family, what was left of it, was out on the culvert pond, the parents cold-shouldering the remaining young pen, who stood staring out over the meadow, her back to the pond. Then dad turned on her and, in a panic, she pushed through the fence and into the main road. With a couple of neighbours I herded her back to the lake. It was the last we saw of her. Presumably she, too, flew off.

Now it is May and the lake is empty. Some days I see the male on his own. He doesn’t come to my call and is not interested in food. The pen will be on the nest in the reeds somewhere. In a week or two, they will bring their fluffy new brood to meet me, but for now I am left with an empty lake and the sour feeling of having woken up to the brute realities of life. I listened to a beautiful song yesterday where the image of two swans is used as a metaphor of eternal love. Well, phoo-eee.

‘That’s Nature!’ say my friends, as if that’s supposed to help. Those young swans felt grief; I feel it, too. Grief also is natural.