I’m never quite sure what my characters look like, even when there are contemporary portraits. I hear voices rather than see faces. That said, I like to pin them down visually and will often wile away a happy hour avoiding writing by ‘casting’ my characters, using the images of actors. This allows me to describe them very well, but see them? Nope.
Sometimes I get visual clues in snatched glimpses, clues that help me develop the character and make them more rounded. Thus Antonio, the villain in A Tabernacle for the Sun, was wooden and two-dimensional until I caught sight of a young man in the passenger seat of a car driving away in a street in Volterra. Mandred, a character in my current W.i.P, was spotted as I drove through Moreton-on-the-Marsh and saw this unusual character lurching along, helped by two others. That was the inspiration for the character though when I ‘cast’ him later, I used the form and face of a popular TV historian, but the Mandred in my mind conforms to neither image. He just is.
In Pallas and the Centaur and The Rebirth of Venus, one of the major characters is the sister of Angelo Poliziano. Almost all my characters were immortalised in contemporary portraits and, oddly, there is even an image of Maria surviving in a bronze medal cast for Pico della Mirandola. But she looks a little frumpy and the character who evolved in my story was different; still plain, but a lot more interesting. Maria sprang to life for me in the face of a young woman with whom I more or less shared the same space in a very crowded vaporetto. I looked up and, there she was. Very toothy but striking.
Judy Thompson is a retired costumier/set designer who is writing a novel using the same period and characters. She does things very differently, commissioning Paulina Gravagno to make dolls which she keeps in a dolls’ house called the Villa Querceto (Pico’s villa on Fiesole). 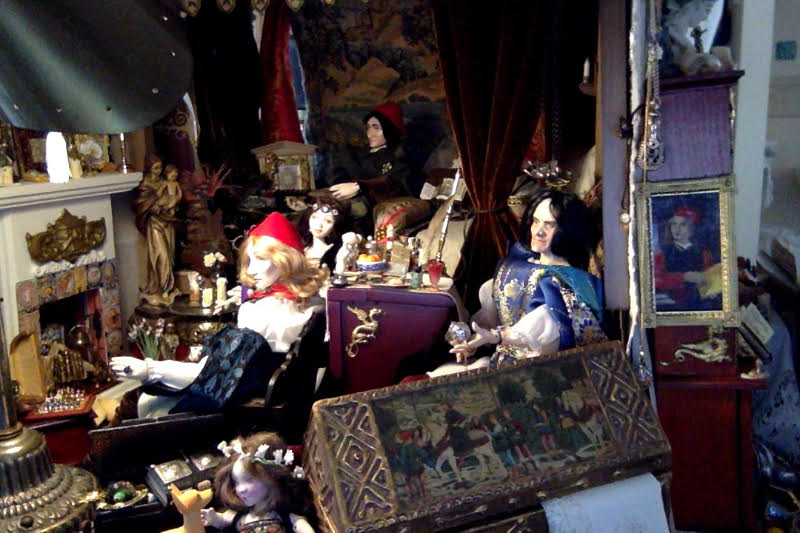 a photo of my “dollhouse,” peopled with 1:6 scale (1 human inch = 6 doll inches) Renaissance figures – Giovanni Pico, Angelo Poliziano, and Lorenzo de’ Medici among these). Enjoy! I’ve crowded them all together in one room; not usual, 😉 as there are several rooms/half-rooms at my “Villa Querceto.” The porcelain ball-jointed dolls were hand-made by Paulina Gravagno, based upon my specifications. The setting is, however, my work…. (Judy Thompson)
She has sent me photos regularly showing the stages in creation of Maria Poliziana. I’ve found these images very disconcerting. There is something slightly alarming to see your character reduced to a tiny head sitting in the artist’s palm. 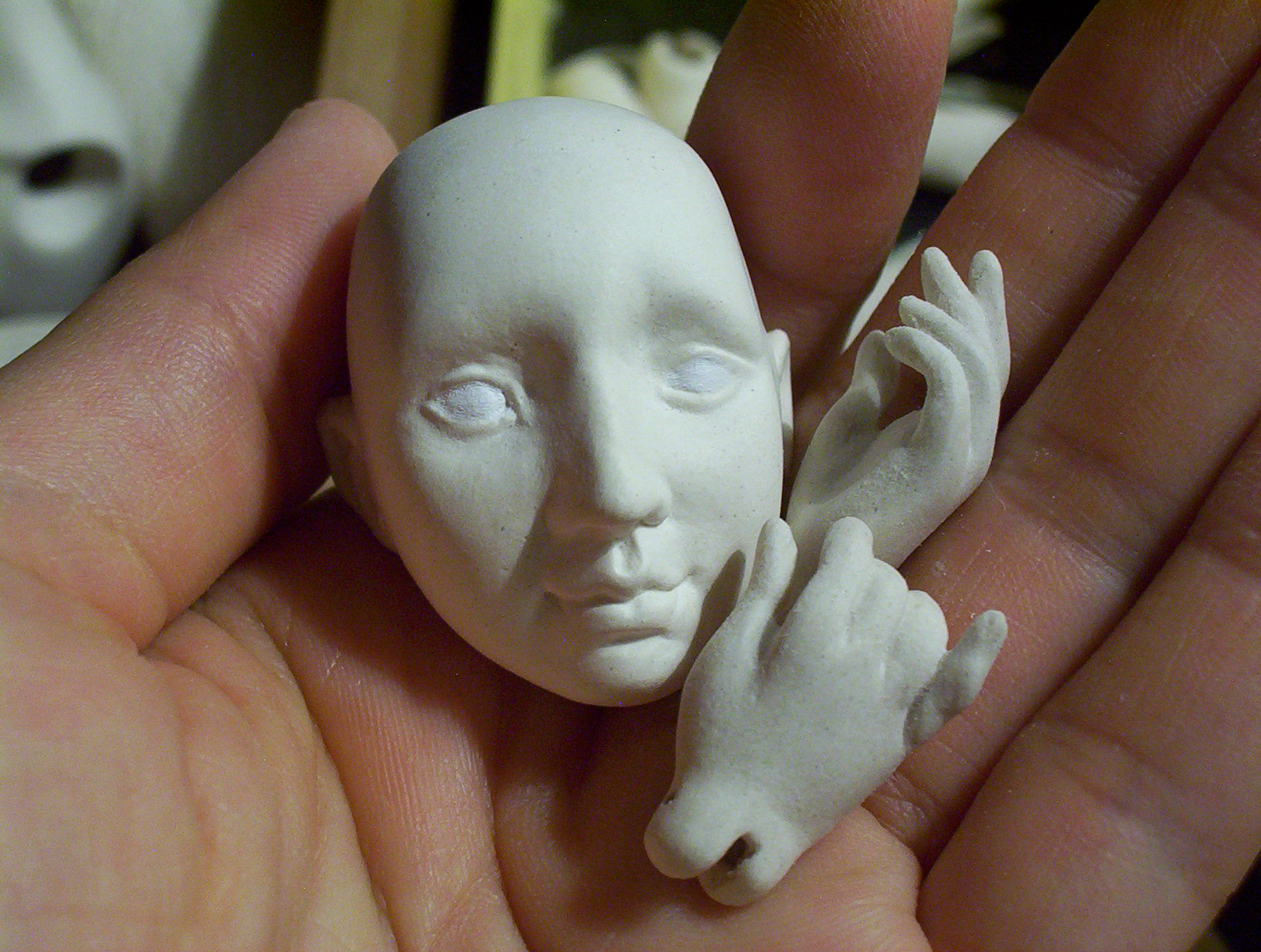 As she progressed, Maria began to look less like a manikin created for diabolical purposes and more like, well, a doll. Way cuter than I’d imagined but, as I said at the start, I never have that much of a clear picture. 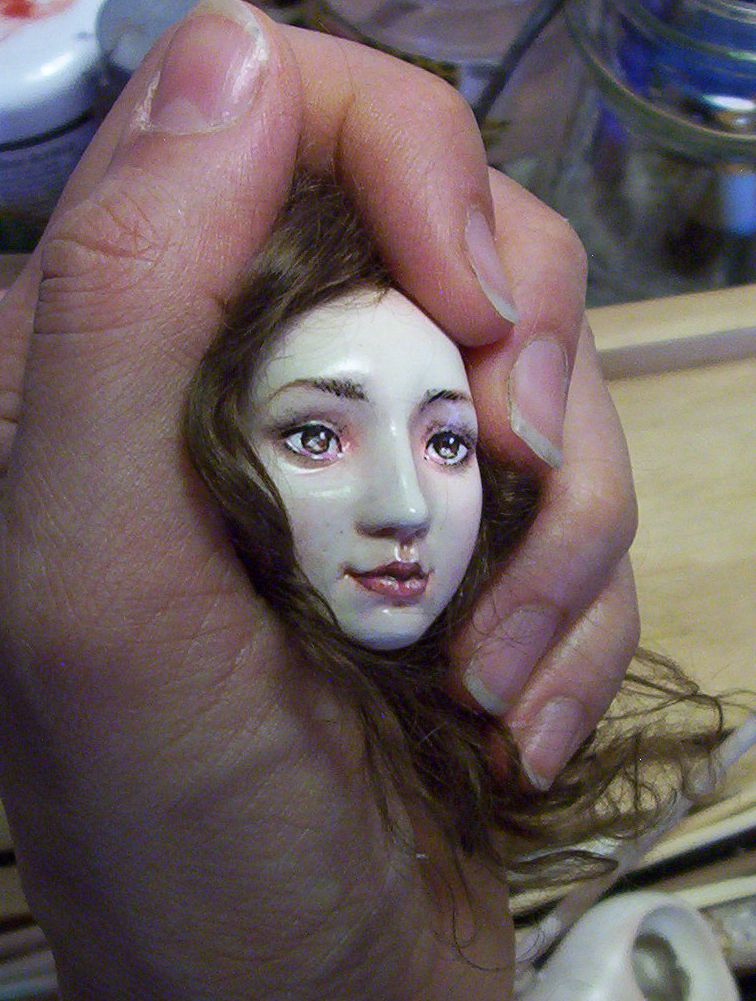 Now that she is finished, I can look at her without being disconcerted and think, possibly… possibly… Why not? 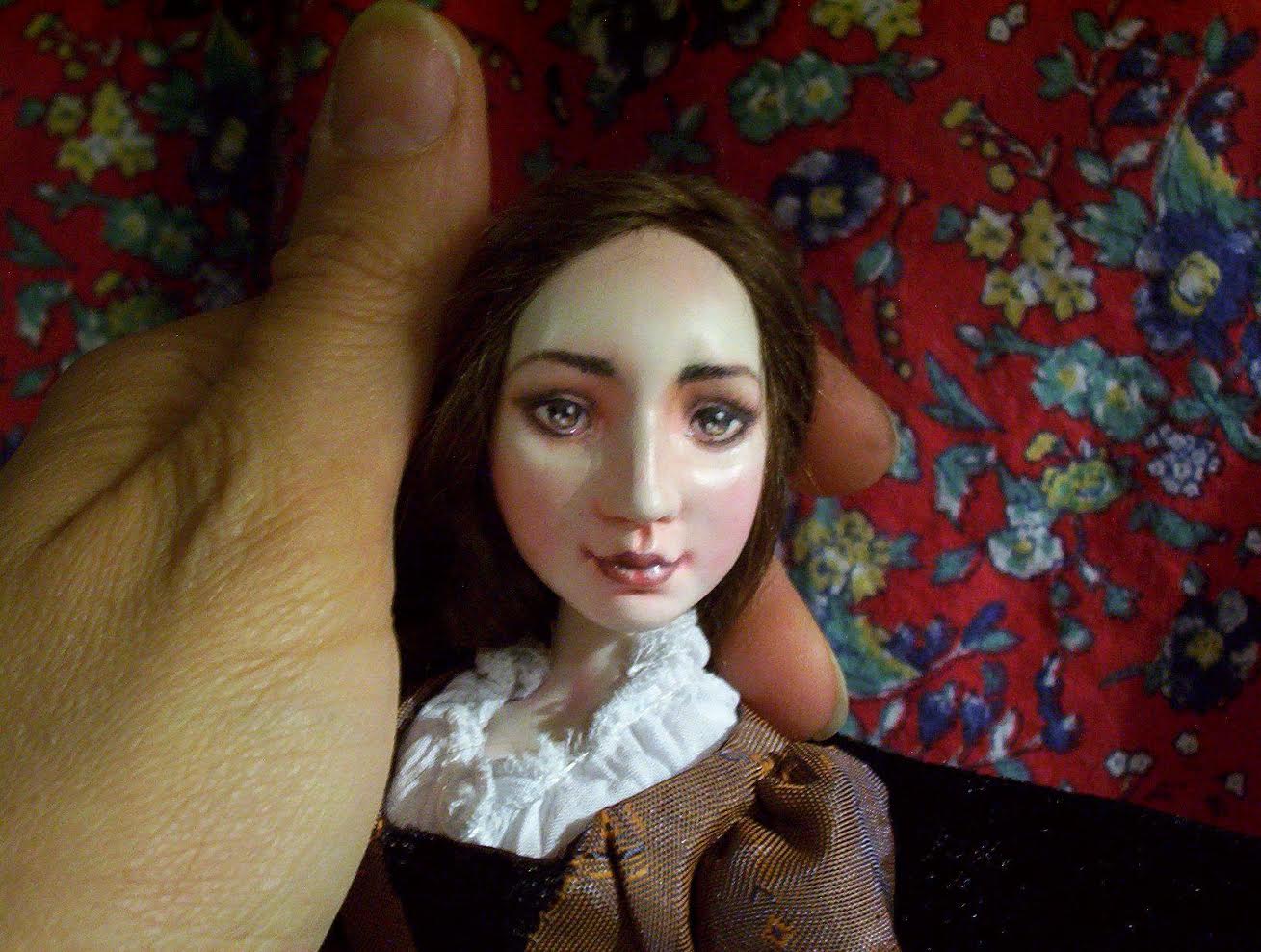 During my researches, I went to Montepulciano to find out anything I could about Maria and had to suffer the humiliation of being laughed at. A woman? Birth records? Death records? They never kept records of women! This recreation of Maria in the imagination of at least three people (me, Judy, Paulina) is the least she deserves, is an honour, indeed, to all unrecorded women. Maria lives. 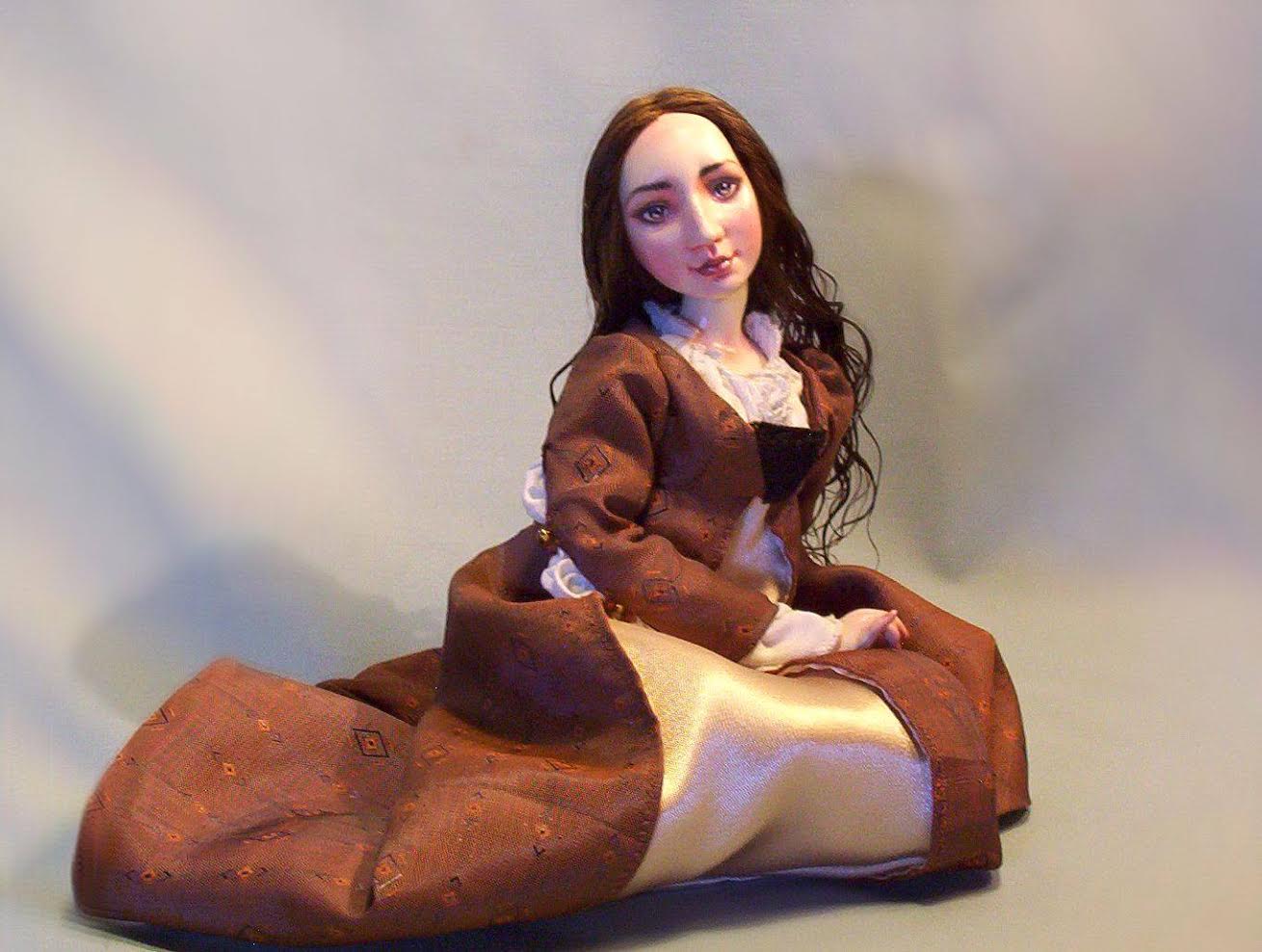 Please don’t use any image reproduced here without permission of Judy Thompson or Paulina Gravagno.