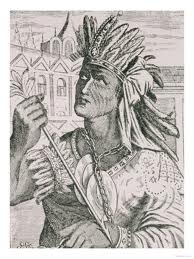 Where did the Romans land?