I’ve been haunting your blog, searching for when the new book would be ready,  accidentally went to your Facebook page and discovered it has been available since last May!
Now here’s a funny thing. I run this blog on writing historical fiction and omit to mention I have had a new novel published. I hate self-promo, but still, you have to do it, at least to the level of information. Perhaps I get so many facebook messages from people drooling over their own work that I’ve gone into reverse. Anyway, THANK YOU, Jeanine in Canada (quoted above) for pointing out the omission.
I get postnatal depression once a book is out. It’s such a deadening experience. First the boxes arrive and you dare not look inside because you’re scared of what you’ll find. 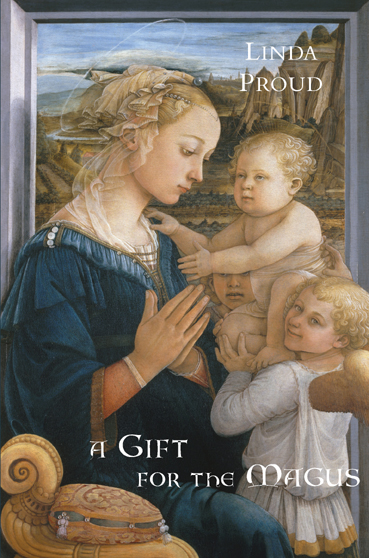 Then I dare not open it, for fear of finding mistakes. I didn’t open it for months. Meanwhile, readers began reporting back, and no one mentioned mistakes. In the last couple of weeks, however, I’ve been working on the eBook edition which required reading the text in digital form and… I found mistakes. So many in the first couple of pages that I went to bed sick, but later I found that, while they were in the final typescript, they had not appeared in the book. Some remain, however. No prizes will be awarded for finding them. Forget I even mentioned it.
I didn’t want a launch party because I’m just plain dorky when it comes to social events, but Jan McGiffen, an American novelist I met on a foraging walk, persuaded me I should, and so it came to pass, and the Lord blessed it. A lovely occasion for family, friends, neighbours and fellow allotmenteers. I still resist the ‘proper launch’ in London which others are pushing for.
Apart from making announcements on Facebook, informing everyone on the ‘Friends of Godstow Press’ list, and doing some desultory work in sending out review copies, mostly I’m straining at the leash to get on with my next book. No, not my next book. It’s been upgraded to my latest book. Bless it. I wish it well, embryonic as it is at the moment.
The other thing I hate about new publications is receiving feedback. I live in dread through those first silent weeks. The silence, after all, could remain permanent. But then the murmuring began, the emails, the phone calls, the hand-written letters, a review on the internet which made me cry (the Idle Woman).
I’ve just finished reading your tribute to Filippo Lippi and I think it’s masterly. The whole Quartet is just so breathtakingly accomplished that I hesitate to say it, but I think that ‘A Gift for the Magus’ may be the best novel of the sequence – so profoundly humane, such a convincing study of the visionary and disreputable, indolent and pragmatic, mercurially ambivalent nature of the artist’s soul in its life long approach/avoidance struggle with the work. (Lindsay Clarke, letter, 13th August 2012).
Later in his letter, Lindsay complains, ‘ You are such a fine writer it infuriates me that your work is not more widely known.’ The Idle Woman said much the same, that it ‘beggars belief’. I read these two things on the same day. On the next day, I got a phone call about a conversation held in Lewes High Street between two readers, wondering ‘Why isn’t she famous?’
Now that sort of thing can make you curl up in embarrassment, or throw your arms wide to the sky. For me, it set off a four-day contemplation on fame, and the eventual answer is ‘because I don’t want to be.’ There is no half way house. Today I heard from Prof. Judith Testa, whose own book, An Art Lover’s Guide to Florence, is out next month, that she doesn’t want fame, either, but would like greater recognition (which would be very well deserved). That’s the half way house which doesn’t exist in our celebrity culture.
If you want to be famous, you have to work for it, play the game for all its worth, as well, of course, as writing a damn fine book. Go to the parties, speak to the right people, praise and flatter, make no waves. I really don’t think self promo will get you there. A friend of mine, now stellar, was once a struggling author like the rest of us, but he never said no to any gig, be it ever so humble, like going a couple of hundred miles north on a winter’s night to speak to three people in a library, two of whom were the librarians. He never got awkward with anyone, never sneered at a Literary Festival’s refusal to pay its speakers a fee, always wrote the review or the puff asked of him. He also wrote three damn fine books, but they alone would not have guaranteed him fame. What happened was that he said yes to the Universe, and the Universe said yes back.
I did everything wrong. I embarrassed the CEO of Transworld at a literary party. I refused to speak to agents because they were too thin. I would not go to literary festivals which paid no fee. Etc. etc. And here I am. And you know what? I can’t think of any better place to be.
My book is out – thank you, Jeanine, for reminding me – people are loving it and they are taking the trouble to tell me. I would not want the BBC phoning me to appear on some art show to give my opinion (God forbid!); I’ve done the literary festivals (no fee) and am in no hurry to do another; I really don’t want people queuing at a book signing and then getting tongue-tied. Cor blimey!
A friend said recently that it’s important once in a while to take a day off to be ordinary. I’m still laughing. Perhaps I should take a day off to be extraordinary and have that London launch. But really I’d rather be digging spuds on the allotment amongst those who, like family, couldn’t give a damn what you’ve done. It’s the size of your marrows that counts.
So, if anyone’s interested, A Gift for the Magus is officially published on September 21st, but pre-publication copies are available direct from Godstow Press at a special discount price.
Error-free electronic copies will also be available as of September 21st.
And apologies to anyone who’s reading this via Facebook and thinking, ‘Cor, she’s over-egging the self-promo.’ Because I have been active there, if not here. All to be rectified shortly, with a few more posts.

Who else could it be?